The B. Braun Sharks face the top two in the BBL Championship table as they return to action with a double-header weekend. The long journey north of the border sees the Sharks take on Glasgow on Friday evening, followed by a homecoming on Sunday when leaders London Lions arrive at Ponds Forge, complete with Love Island reality tv star and Great Britain international Ovie Soko.

What to expect – Glasgow Rocks

The Rocks have bounced back to a 5-2 league record after a disappointing BBL Cup campaign. Terrell Vinson and Dante Thorpe have been added to the roster and top scored with 17 and 23 points respectively in last Friday’s 92-53 demolition of an admittedly under-strength Manchester Giants. Coach Vincent Lavandier is a cool, calm customer and has effectively steered his side back to form aided and abetted by the likes of Greg Pryor, who dropped 34 on the Sharks in the final BBL Cup group game, the GB duo of Gareth Murray and Ally Fraser and the ever-improving Maxime Djo Ebala. Add in the lengthy journey and you will see why Glasgow is never an easy place to go.

What to expect – London Lions

The Lions head the table with a 6-1 record and visit the Sharks on the back of an 82-91 success away at Plymouth and a 104-89 triumph in the London derby over the Royals last weekend. It was a particularly productive weekend for GB international and erstwhile Love Island reality tv star Ovie Soko. After a 23 point 11 rebound double double in Plymouth, he poured in 32 against the Royals with 9 rebounds, 3 assists, 3 steals and 2 blocks to boot. Despite the social media hype about Soko, he is clearly an extremely talented basketball player and fits into a Lions roster that already boasts two times MVP Justin Robinson and perennial MVP candidate Brandon Peel amongst others. The Sharks solitary league loss came against the Lions so the magnitude of the task is already abundantly clear.

After another blank weekend, the Sharks return to action with a bumper double header against the league’s top two. The Sharks were in blistering form following the 76-99 take down of Newcastle and looked on course to inflict similar on Leicester in the abandoned fixture. It is that kind of pace and momentum they need to take into this weekend’s encounters if they are to maintain a challenge at the top of the BBL Championship. Mike Tuck is also on the hunt for that elusive 4000th Championship point and matches up against his fellow Sky Sports analyst Ovie Soko for a second time this season against London on Sunday. A thrilling weekend awaits!

Have you got a text? Well even if you haven’t, you need to get down to Ponds Forge on Sunday when Love Island star Ovie Soko and his table topping London Lions side come to town! The social media sensation is also one of Great Britain’s leading basketball internationals so your B. Braun Sharks will need all the support they can get if they are to achieve the win. I definitely think we’ve got a connection – Sunday, 4pm, be there! 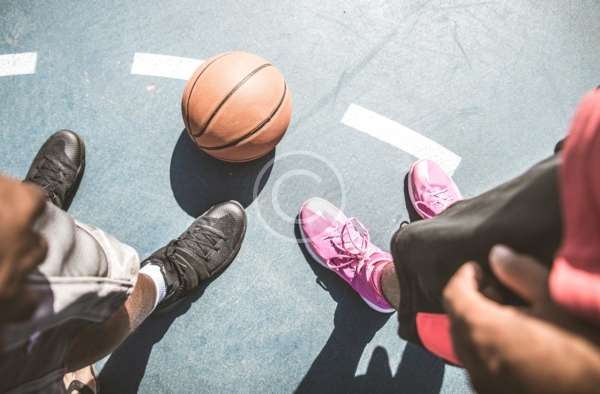 Giant task ahead of Sharks