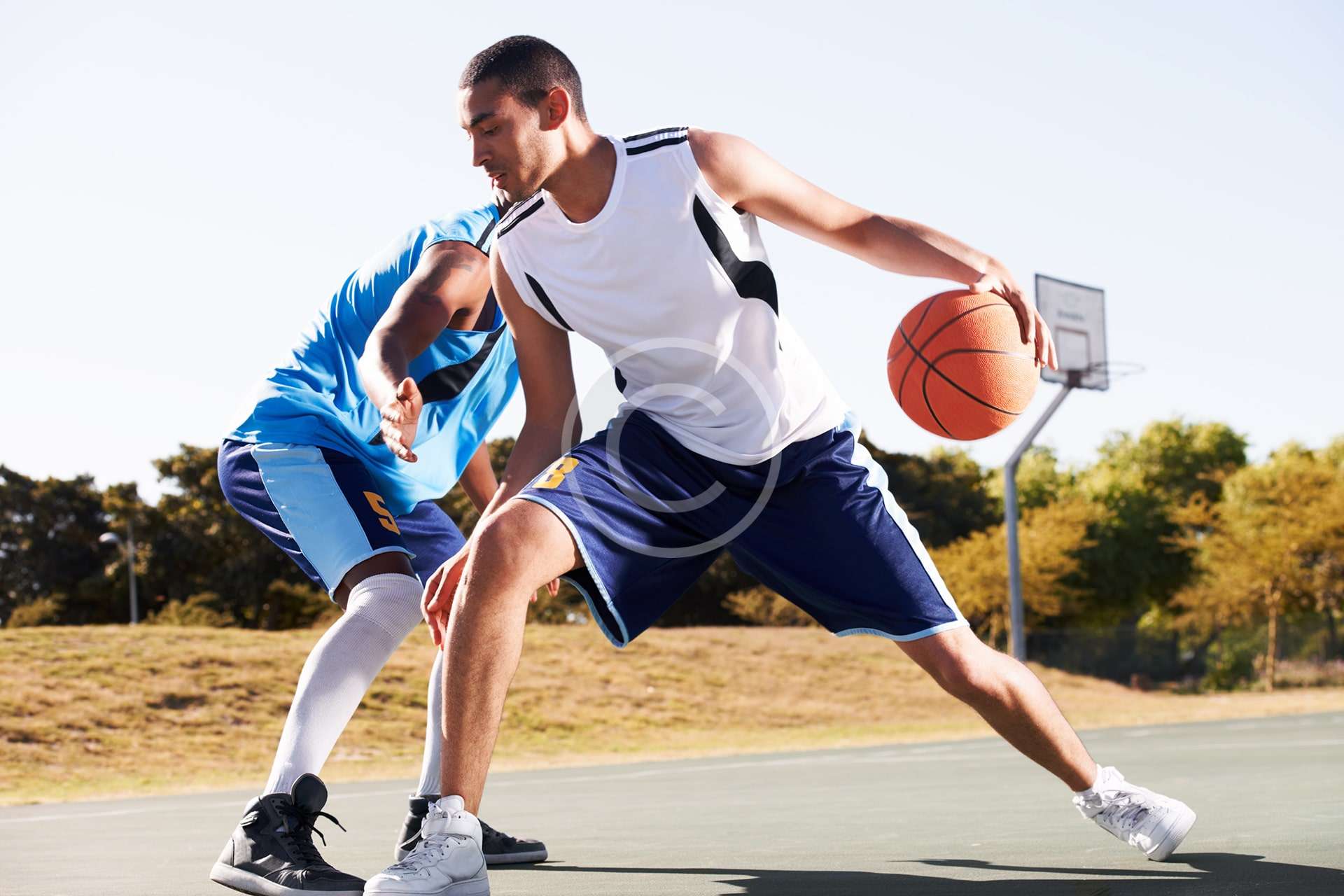 The B. Braun Sharks booked their place in the Quarter Finals and guaranteed a top two finish (and therefore a home tie) with a comfortable road win over Manchester Giants. A 17-1 tear at the beginning of the third quarter broke any resistance the Giants were putting up and saw the Sharks run out winners at a canter.

The Sharks were a little slow out of the traps, having suffered delays like many on the M60, and went down at 7-4 on Mulmore’s three point score. James Jones extended that to 10-5 on a corner trey and it took eight points from Nick Lewis to reverse the score back in the Sharks favour at 10-14. Mackey McKnight’s lay up at 10-18 capped a 13-0 run, which was only broken by a Del’vin Dickinson bucket as the quarter ended at 12-18.

Back to back threes from Bouna Ndiaye extended the Sharks lead to ten at 14-24 but Manchester staged a fightback of their own. A James Jones triple out of the corner tied the game at 29 and it wasn’t until Lewis replied in kind that the Sharks inched away again. McKnight closed the first half as the Sharks took a 32-38 lead.

The catalyst to the Sharks win was a stellar 17-1 run at the beginning of the third quarter. A huge three and one score from McKnight kickstarted things and Connor Cashaw’s first points of the contest saw the Sharks up by 22 at 33-55. A pair from the line from Dickinson ended an 11-0 run of Manchester’s own at 48-63 but a trademark Mike Tuck three saw the quarter close at 48-69.

A Nick Lewis rearrange opened the fourth period and despite a 12 point spurt from Dickinson in the middle of the stanza, the Sharks were never really threatened. Atiba Lyons gave good minutes to Nate Montgomery, who rewarded him a couple of neat baskets and Josh Chubb, mindful of the workload to come and it was a 70-88 success that saw the Sharks into the quarter final stage.

A couple of lean games were banished as Bennett Koch again impacted the scoresheet on his way to 18 points, 7 rebounds, 3 assists and 3 steals. All action once more was Mackey McKnight. He shot 62% from the field to rack up a double double of 17 points, 3 rebounds and 10 assists. But claiming the honours once again was Nick Lewis. He was particularly masterful in the key third quarter, finishing with 22 points, 4 rebounds, 1 assist and 3 steals, shooting 71% from the field. Another great effort from Lewis in another solid team display from the Sharks.

Atiba Lyons was pleased that his team had overcome their nerves on the road and spoke of a couple of tactical moves that allowed more of the roster to get involved.