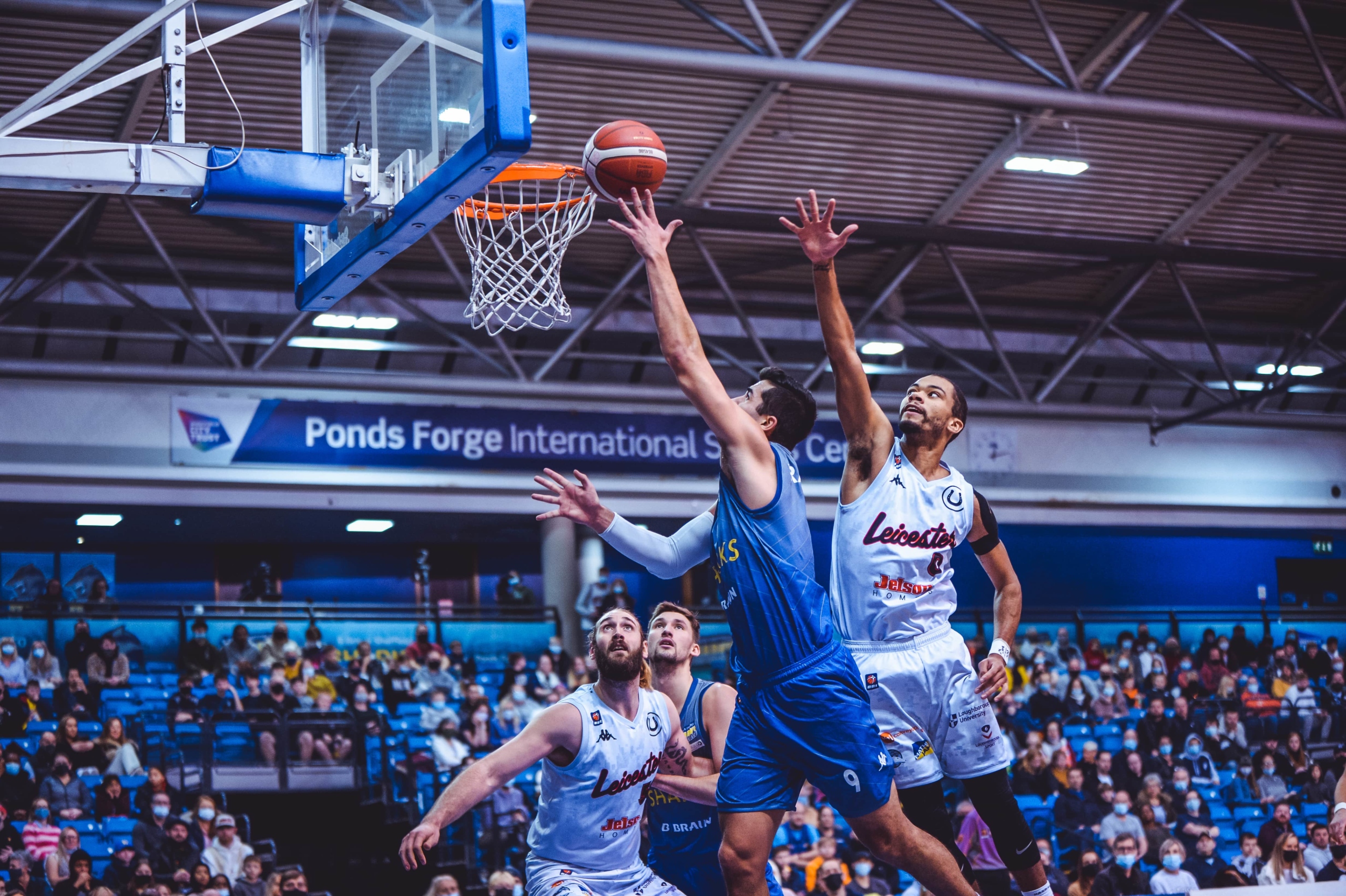 The Sharks were comprehensively beaten by the undefeated Leicester Riders as the fates conspired against them in the opening game of the new year. Going into the game short-handed due to covid protocols and without a competitive fixture since December 8th, Atiba Lyons’ men kept pace with the league leaders for the first quarter before the in-form Riders went on to dominate the game and take the win.

It was an even-paced start to the game with Leicester’s Mo Walker levelling matters at 6-6 with just over two minutes played. A Marc Loving three in transition saw the Sharks call for time at 9-19 but triples out of the break from Kipper Nichols and Jordan Ratinho fired the Sharks right back into contention. It was Ratinho who concluded the first quarter scoring with the Sharks very much in close pursuit of the Riders at 20-24.

A 0-10 run at the top of the second period signalled the direction the game was travelling. Coach Lyons’ frustrations boiled over as Aaron Anderson appeared to be fouled and from the resulting trip to the line, Rider’s Kimbal Mackenzie took the score out to 20-34. Leicester, fresh from their Cup semi-final success against London Lions, moved though the gears with Marc Loving putting them up by eighteen on a corner three at 27-45. Sharks veteran skipper Mike Tuck saw his three point shot drop with some home court bounce but Mackenzie capped a 14-33 second quarter in the Riders favour to leave the half time score at 34-57.

The Sharks shortened rotation and the Riders sizeable lead killed the game as a contest in the second half. Patrick Whelan and reigning league MVP Geno Crandall made big shots from distance as Leicester captain Darien Nelson-Henry came to the party. The Midlanders domination continued as the third quarter concluded at 46-77. Nelson-Henry (9 points) and Jubril Adekoya (10 points) saw that Leicester kept their foot on the gas throughout the final stanza. Jordan Ratinho hit his fourth and fifth three point scores for the Sharks late in the encounter but the final score of 62-100 spoke of some weary limbs in Sheffield colours, given the adversity they had faced.

As the Riders bigs dominated the paint to the tune of 18-56, an undermanned and undercooked Sharks side were driven on by the energy of the MVP Jordan Ratinho. He flirted with a Sharks career best tally before falling short by a single point at 21 points, 6 rebounds, 3 assists and a steal. Ratinho’s was a valiant effort but he and his team-mates were always up against it in view of their in-form opponents. 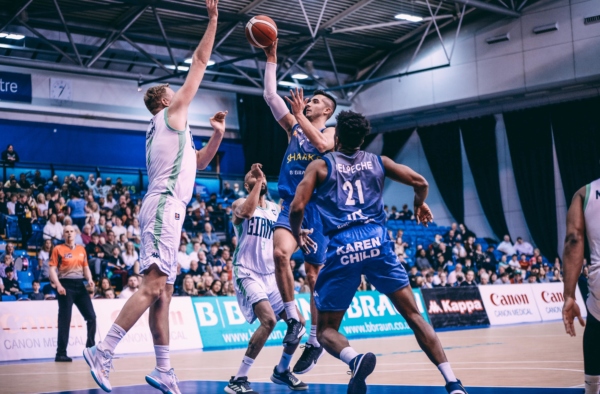 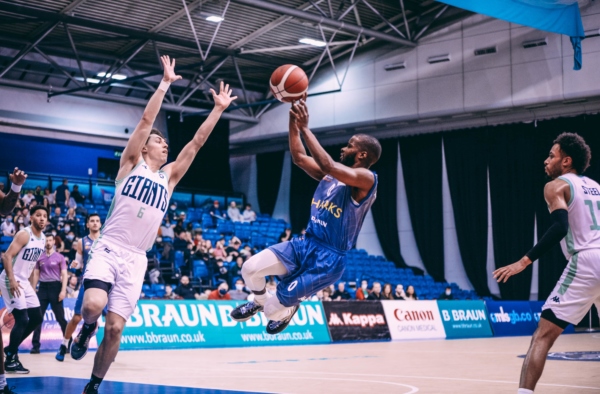