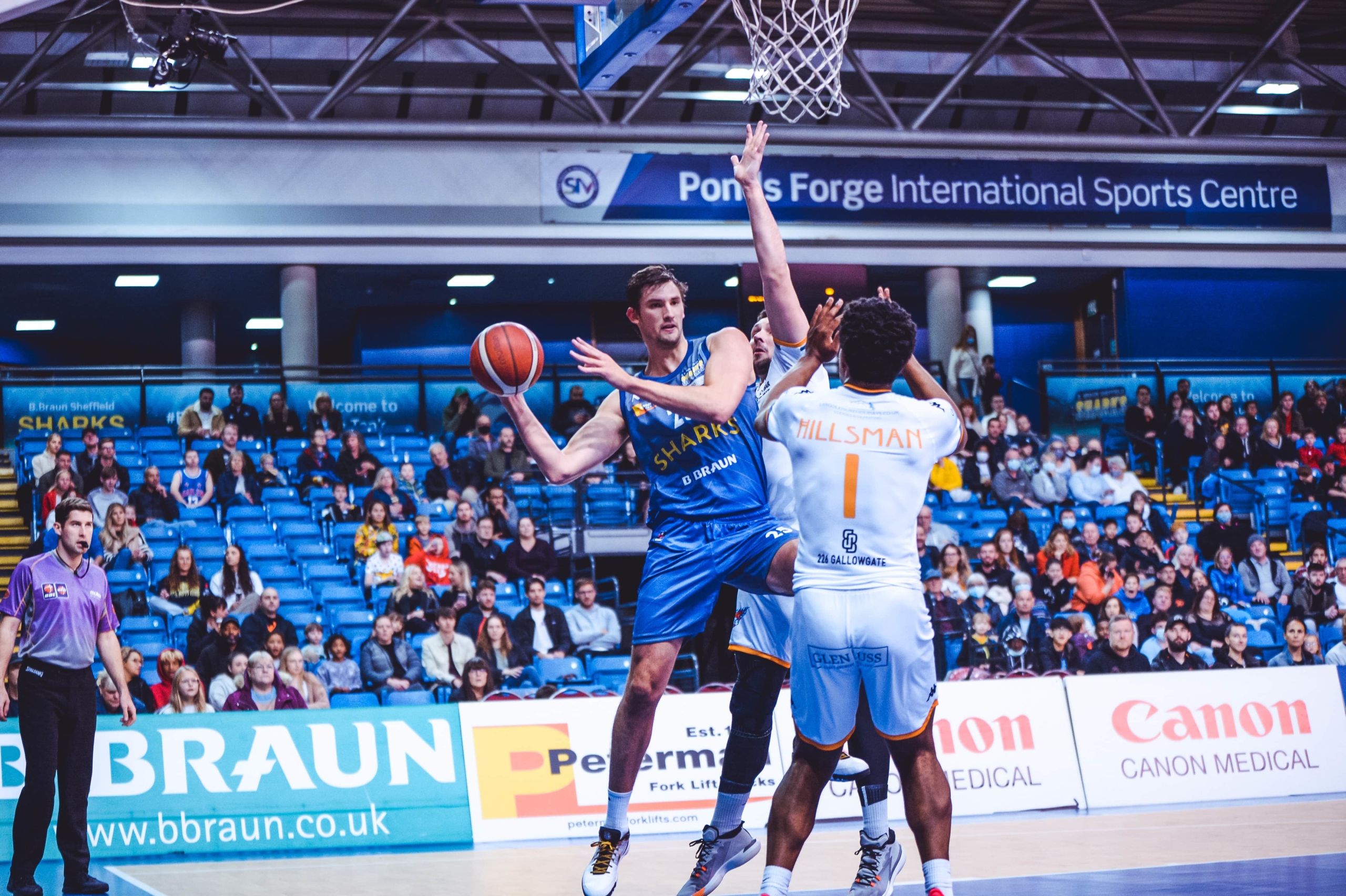 The B. Braun Sheffield Sharks closed out their BBL Cup Group Stage campaign with a 4-4 record thanks to a solid win over the Glasgow Rocks in the hundredth fixture between the two sides. Led by 18 points from the resurgent Bennett Koch, the Sharks prepared for the forthcoming league season in the best possible fashion. Results elsewhere however left the Sharks in fourth position in their group and they will now match up against either Leicester Riders or London Lions on the road in the quarter finals.

The Sharks were hot out of the blocks, going on a 12-0 burst inspired by Bennett Koch, who came up with the first 8 points. Glasgow replied with a 0-8 run of their own and it took a Jordan Ratinho triple to restore the Sharks dominance at 17-8. The Rocks remained in touch however as late Fraser Malcolm buckets saw the first half end at 22-17.

Sharks’ Aaron Anderson attempted to restore the distance between the two sides with a quality finger roll finish, followed by a three point score at 30-21. The Rocks have been in good form throughout the Cup group stage and fought back strongly to end the half; Jaycee Hillsman pulled them to within a point with his trey and four Ally Fraser points saw the Scots take a 36-37 half time lead.

The archetypal game of runs continued in the third period. The Sharks opened on a 16-2 streak, bookended by Joe Mvuezolo’s dunk and despite Malcolm draining a triple out of the corner late in the quarter, Jordan Ratinho restored a ten point lead for his team with three of his own at 61-51.

Mvuezolo continued his best game in a Sharks jersey, adding four more points including a huge dunk from the baseline at 65-53. Glasgow’s Boban Jacdonmi continued the theme of runs with the ‘and one’ play that ended a 2-10 Rocks surge but opposing big man Koch completed a seasons-best 18 points to give the Sharks breathing space at 70-63. The Sharks kept the Rocks at arms-length until the final buzzer – threes for Ratinho and Mvuezolo and the additional point from Kipper Nichols signalled a job well done as Anderson closed the game out from the line at 86-73.

Sharks Coach Atiba Lyons spoke of a good finish to the BBL Cup group stage after the game.

A fifty eight percent shooting night heralded another decent 17 point return for Jonathan Williams. There was a third double-double of his short Sheffield career for Aaron Anderson. His 16 point, 11 assist effort proved that once again he was the heartbeat of the side. Continuing a run of controlled, aggressive performances, the MVP award went the way of Bennett Koch. The 6’ 11” centre made a seasons-best 18 points with 7 rebounds to mark the perfect way to warm up for the league campaign to come. 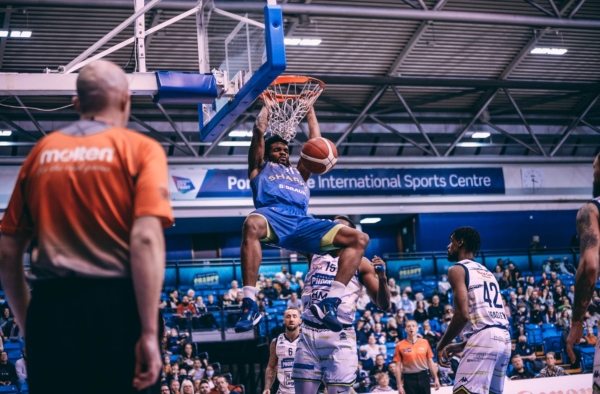 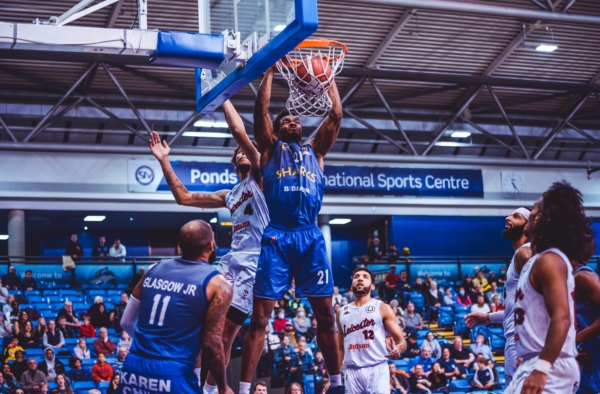