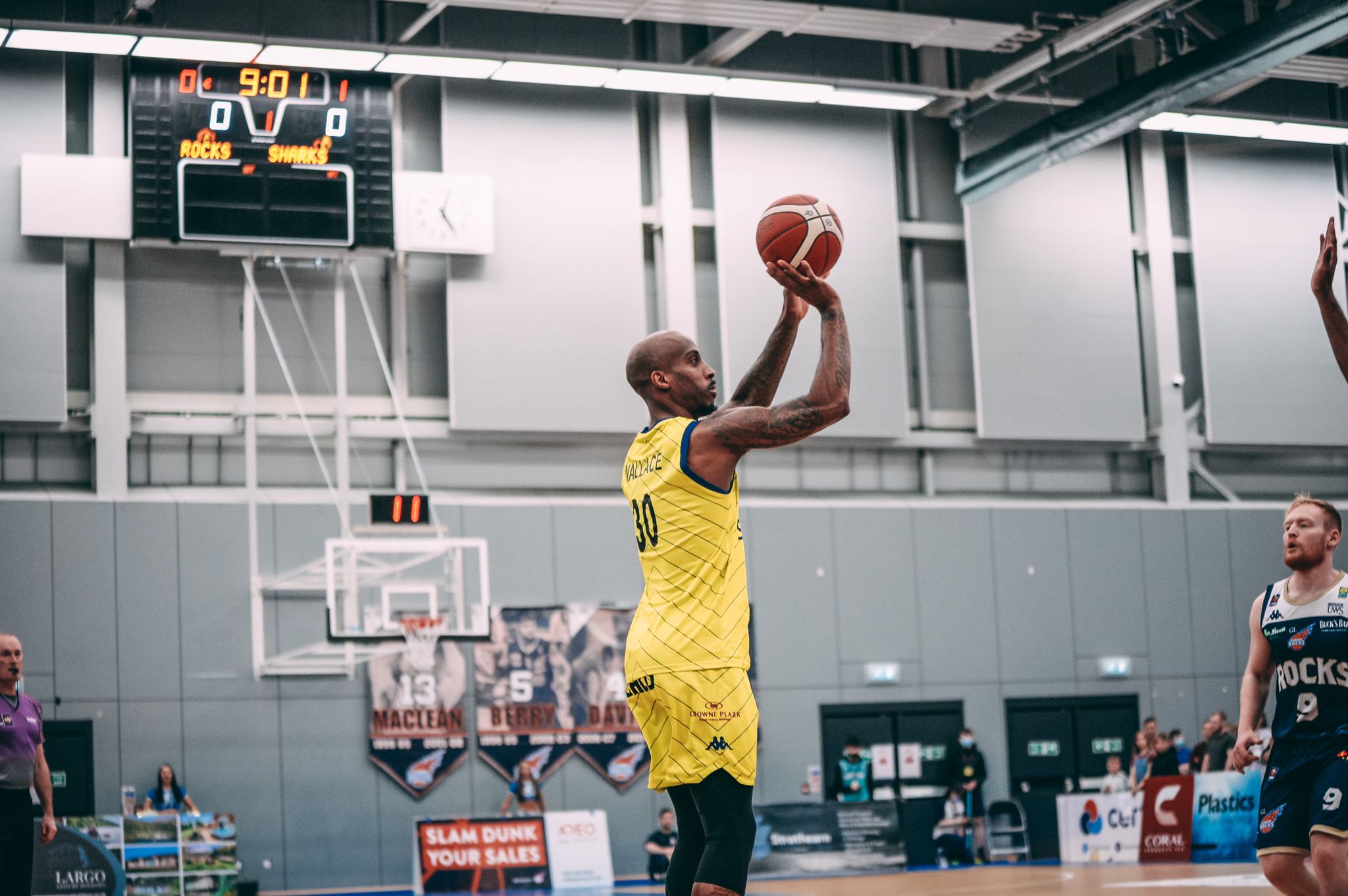 It was another close-fought battle north of the border but home court bounce took Glasgow Rocks to a seven point win over the B. Braun Sheffield Sharks. Glasgow outscored the Sharks in the paint and on the fast break and despite big performances from Devante Wallace and Antwain Johnson, it wasn’t to be the South Yorkshire side’s night.

A defensive start to the encounter saw the Sharks putting up blocks through Jordan Ratinho and Marcus Delpeche but it was Glasgow’s Jordan Harris who took his team out to a 9-2 lead. Devante Wallace’s corner three reduced the gap and an Antwain Johnson basket tied matters at 11-11. Six points from the Rocks influential point guard Jordan Johnson concluded the quarter with the Scots in front by 21-16.

Glasgow pulled away to a 29-19 scoreline early in the second period but a one man scoring mission from Antwain Johnson saw him pour in 9 points; his dunk reducing the deficit to three at 33-30. Rodney Glasgow Jr’s ‘and one’ play took that down to two inside the final two minutes but a Jaycee Hillsman triple and a Jordan Johnson bucket saw the Rocks in at half time with a 44-37 lead.

A tight third quarter saw the Sharks reduce that deficit by one. Jordan Ratinho opened with a corner three but a big one handed dunk from Harris maintained the Rocks momentum at 51-45. Bennett Koch staged a recovery from the line at 51-49 but the good work was immediately undone with a wide open Johnny Bunyan trey for Glasgow. Koch made the final four points of the stanza – two from the line and two from a putback as the game was poised at 61-55 going into the final ten minutes.

It was a cagey start to the fourth quarter with only two points in Glasgow’s favour in the first 4 minutes. A 7-0 run in the home side’s favour, led by 5 from Jaycee Hillsman, saw them steal a march on their English visitors at 70-59. Devante Wallace made his fourth trey of the game but both sides entered team foul trouble inside the final minute. Antwain Johnson was successful on two of his three attempts at 74-67 but as the Sharks fought to stop the clock, Bunyan and Hillsman closed out the victory from the line with the score at 78-71.

The Rocks won the paint to the tune of 38-24 and hit the Sharks on the fast break by 25-14 as shots failed to drop for the visitors. Doing their upmost to keep Sheffield in the game were Antwain Johnson and Devante Wallace. Johnson was benched on 4 fouls either side of the third and fourth quarters but returned to lead the Sharks scoring with 22 points. The MVP however was Wallace. He used all his basketball smarts to keep the Sharks in touch but despite his 13 points, 9 rebounds, 2 assists and a steal, he was unable to get the win over the line on this occasion. 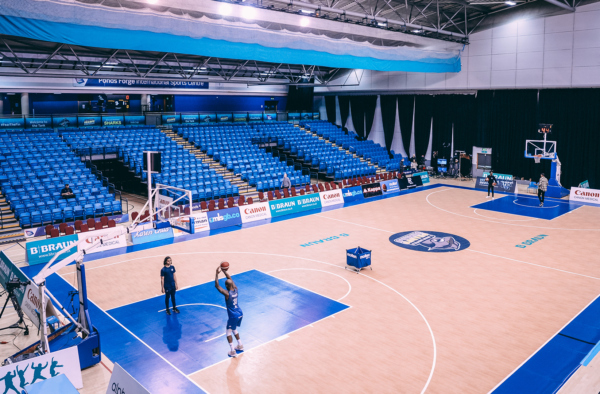 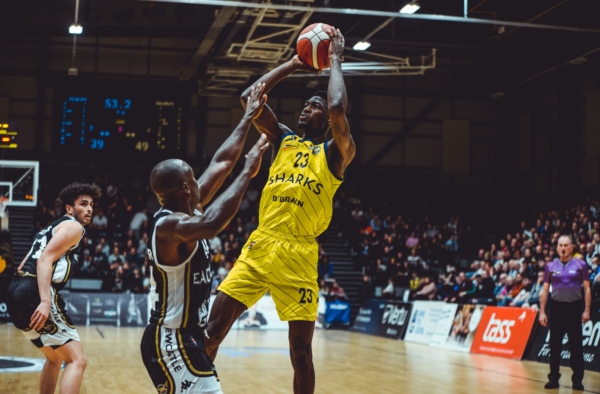 BBL Cup Group Stage We’re back this weekend with a double-header against two rivals from the North West. Friday…