The B. Braun Sheffield Sharks pressed the league leading Leicester Riders throughout a closely-fought encounter before the Midlanders pulled away in the back end of the fourth quarter. The Sharks were led by a season high 25 points and 7 rebounds from Antwain Johnson but a 25-14 final period secured the win for the Riders.

The Sharks raced out to a 0-6 lead through Kipper Nichols and Devante Wallace before Leicester went on a 15-2 run inspired by 11 points from Zach Jackson. A Rodney Glasgow Jr trademark floater narrowed the gap to 17-14 but a Marc Loving trey pushed the Riders further ahead at 24-17. Leicester playcaller Rob Paternostro picked up an early technical but his side still claimed the first quarter spoils by 26-19.

The Sharks really took the encounter to the leaders in a terrific 14-24 second period. Seven Antwain Johnson points closed the gap to two and the Sharks tied matters up at 31-31 through Rodney Glasgow’s mid-ranger. Triples from Johnson and then Wallace gave the Sharks three point leads before Nichols made it five at 38-43. Reigning league MVP Geno Crandall, quiet until this point, made the final bucket of the half but it was the Sharks who remained satisfied with their efforts at 40-43.

The lead went back and forth throughout a very closely fought third quarter. Recent GB call up Patrick Whelan tied the scores from downtown to open the stanza to kick start eleven changes of lead in the ten minute spell. Dunks from Johnson and Ratinho saw the Sharks into a 57-59 lead and it took five points from Whelan to see Leicester with a slender 65-63 advantage after 30 minutes.

There was still nothing to choose between the sides on the back of Antwain Johnson’s free throws at 71-69. Jubril Adekoya kickstarted the Riders into a 9-2 run that gave them the advantage that would ultimately win them the game as the score climbed out to 80-71. Crandall’s second technical foul saw him leave the game with 1.52 to play but with the Sharks in team penalty, it was Leicester’s Marc Loving who sealed a 90-77 win for the side at the top of the Championship.

The Sharks went toe to toe with the Riders for three and a half quarters before Leicester capitalised on their visitors foul situation. Jordan Ratinho was as involved as ever for his 12 points, 4 rebounds and 3 assists and Kipper Nichols returned the same number of points with 6 rebounds, an assist and 2 steals, using his jump shot to good effect in the third quarter in particular. There was a clear MVP however in Antwain Johnson. The Buffalo grad posted a season high 25 points and 7 rebounds on 8 of 12 shooting and despite being unable to see the Sharks to the win, certainly made sure the league leaders knew they were in a serious contest. 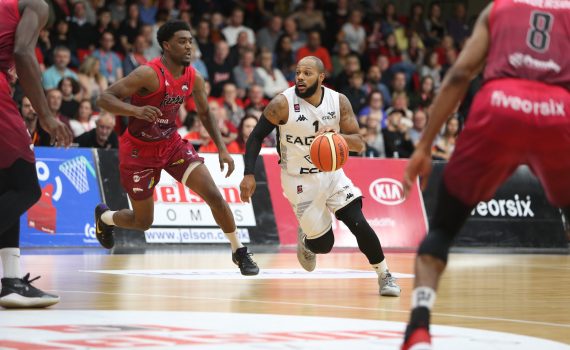 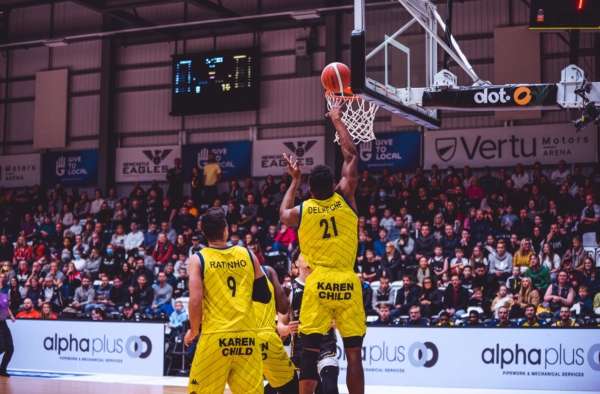