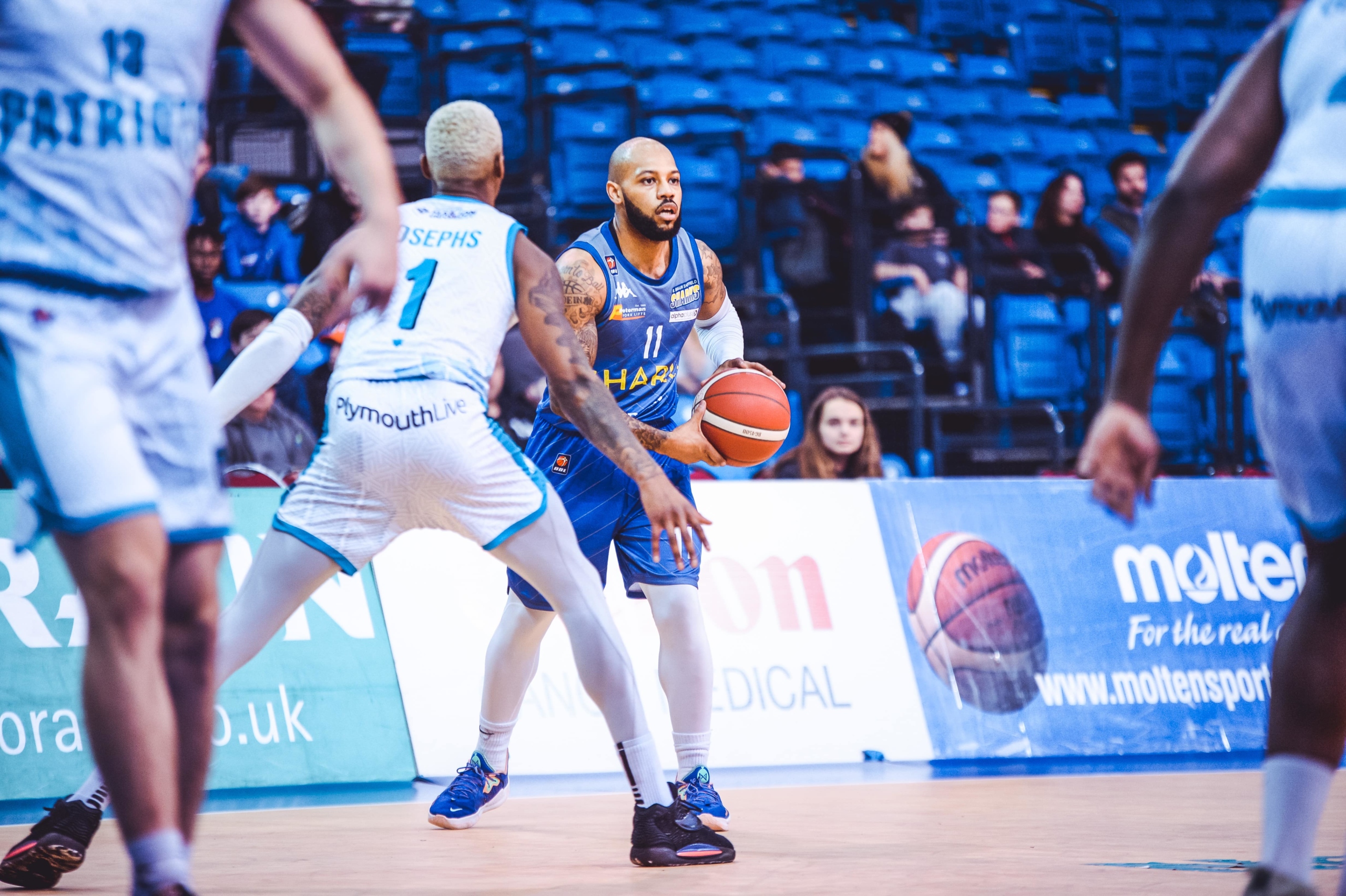 The final game of 2021 at Ponds Forge proved to be an incendiary battle but some tough defence and composure down the stretch saw the B. Braun Sheffield Sharks to a 62-51 victory over the Plymouth City Patriots. Led by a combined 30 points from backcourt duo Rodney Glasgow Jr and Aaron Anderson, the Sharks fought off a belligerent Patriots side to take a satisfying win ahead of an instant rematch in Devon on Wednesday.

A third consecutive solid start for the Sharks was key to a 20-7 first quarter. Jordan Ratinho, as so often, opened with a three point score and it was his basket that saw Plymouth call for time with the score at 9-0. Aaron Anderson hit a trey of his own following a Kipper Nichols no-look assist and a pair of Bennett Koch free throws took the lead out to 16-2. Joe Hart made Plymouth’s first score from open play with 3.20 to play in the quarter and despite Elvisi Dusha’s hook inside the final minute, a thirteen point lead represented a useful ten minutes of work.

Plymouth fought back in a scrappy second period. Dusha hit a corner triple and an altercation between Aaron Anderson and Kofi Josephs was swiftly followed by a technical foul for Patriots coach Paul James. Josephs drew Plymouth within three at 27-24 from the corner and a further trey from Hart and a reverse dunk from Rowell Graham-Bell saw the sides head for the locker rooms on even terms at 30-30.

The tough nature of the encounter continued throughout the third quarter. Hart sent Plymouth into a 32-35 lead but a 9-0 rally from the Sharks led the Patriots to talk it over. Dusha connected on an NBA distance logo three to stem the flow but the combative nature of the fixture saw the stanza end at 48-45 on Ayodeji Adekunle’s unconverted ‘and one’ play.

Plymouth suffered Cameron King picking up his fifth foul four minutes into the final quarter. It was clear that some muscle would be needed down the stretch and five Mike Tuck offensive rebounds typified the effort required. A big Rodney Glasgow Jr three pointer inside the final three minutes broke the Patriots rearguard and having restricted the Devonians to just six in the period, it was the Sharks who took a hard-fought but deserved 62-51 win.

The Sharks out-rebounded Plymouth by 55 to 33 with Jonathan Williams, Marcus Delpeche and Bennett Koch all pulling down 7 boards as defence became key. Contributing nearly half of the Sharks points were Aaron Anderson and Rodney Glasgow Jr. Anderson was the Sharks floor general once more, adding 14 points to go with 7 rebounds, 5 assists and a steal. It was Anderson’s backcourt partner Rodney Glasgow Jr who claimed the MVP award however. His composure in the latter stages saw him add 16 points with 5 rebounds and an assist on five of eight inside shooting to seal a tough win.

MVP Rodney Glasgow Jr spoke of his enjoyment at playing in Sheffield and how far he feels his side can go this season after the game. 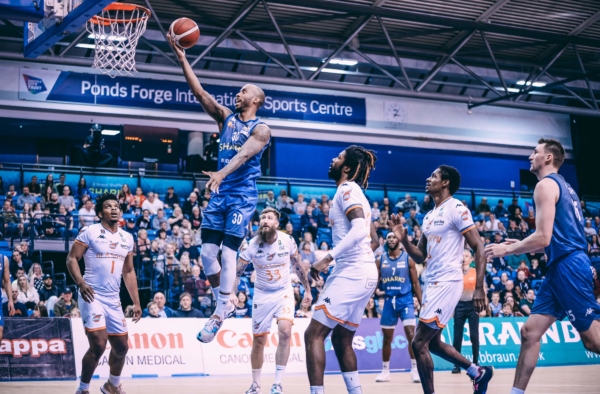 REPORT: Short-handed Sharks leave it all out on court but season ends 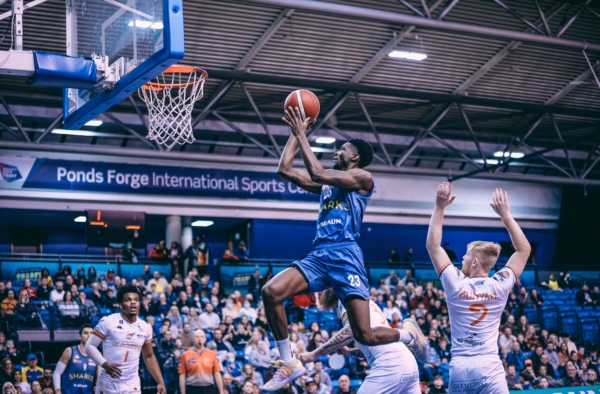 REPORT : Rodney rocks Glasgow as Sharks return to second in the table