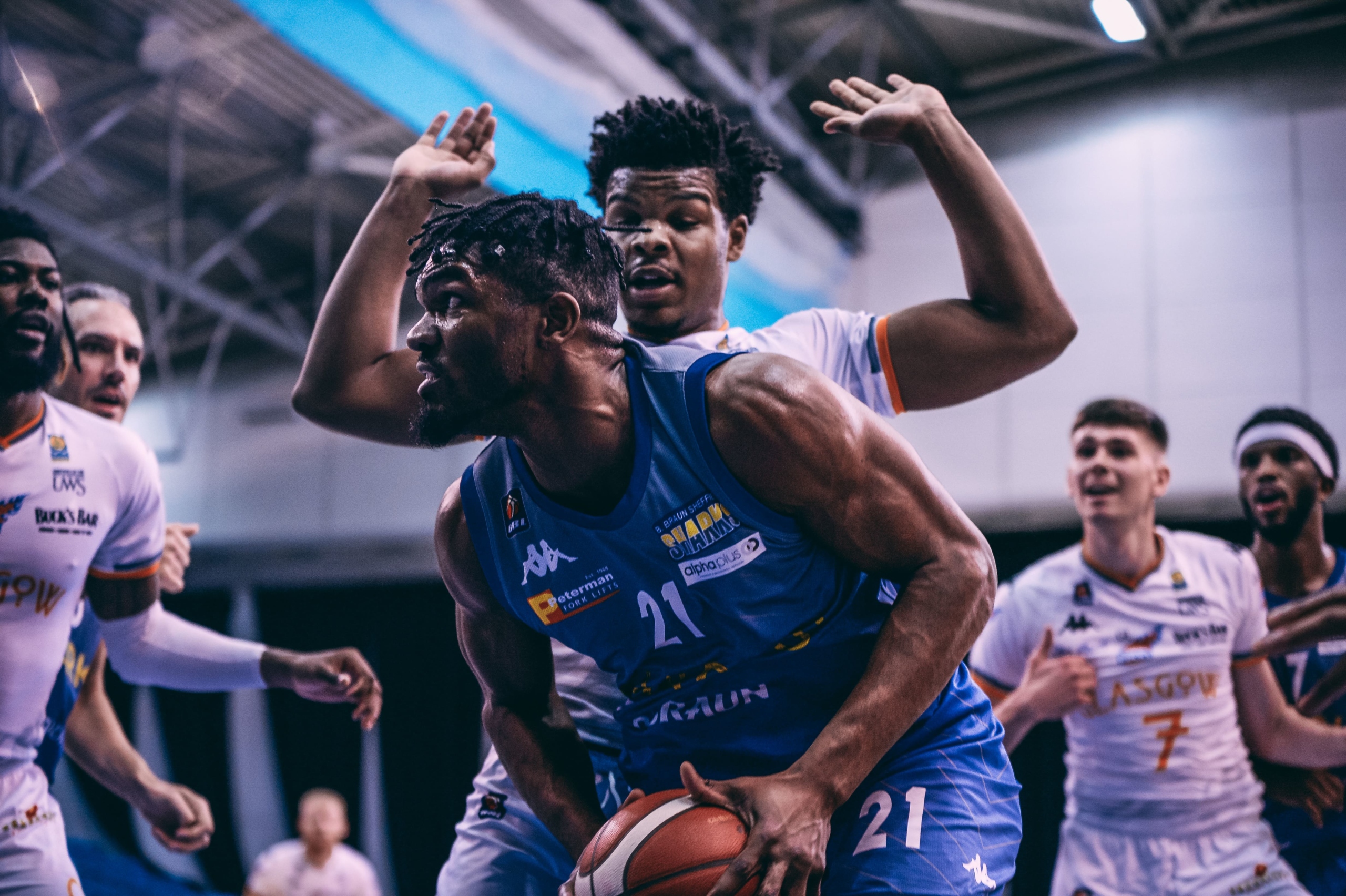 A second dramatic finish of the weekend sadly didn’t go the way of the B. Braun Sheffield Sharks as visitors Glasgow Rocks claimed a single point win. The Sharks appeared to have secured victory as the clock expired following Jordan Ratinho’s block on Jaycee Hillsman. The officials deemed that 0.6 seconds remained as Glasgow’s Jordan Harris scored off the inbound to give the Rocks the win. The Sharks now head into the final weekend of regular season knowing that one win from their final two games will assure them of the runners up spot in the BBL Championship.

The Sharks were forced into a change in their starting five due to the sad news that Antwain Johnson had undergone season-ending surgery. That, and their exertions from Friday evening, appeared to take their toll as Rocks player-coach Gareth Murray drained the three that took the visitors out to a 2-10 lead. The Sharks were enlivened by a successful corner triple from Jordan Ratinho and despite further big shots from Glasgow’s Jordan Johnson and Fraser Malcolm, another trey from Joe Mvuezolo saw the Sharks behind by only 20-22 at the quarter end.

The Rocks took their lead out to nine at the beginning of the second period on the back of a 0-7 run and then extended that to twelve when influential point guard Jordan Johnson made it 24-36 on a mid-range effort. Threes from Mike Tuck and Jordan Ratinho started the Sharks fightback that concluded on a huge shot on the buzzer by Rodney Glasgow Jr to see the visitors lead cut to 37-42 at half time.

The Sharks dug deep into their reserves to increase the intensity during the second half. Again, the home side walked a foul trouble tightrope as Mvuezolo picked up his fourth midway through the third stanza but a Devante Wallace triple and a Marcus Delpeche ‘and one’ play saw the South Yorkshire side still in touch at 51-58. A further four points from Wallace kept the momentum going but Delpeche’s missed dunk on the buzzer saw Glasgow still ahead by 55-60.

A pair of Jaycee Hillsman threes looked to have confirmed the Rocks on their way to victory at 63-71. However, the energy brought by Nate Montgomery’s introduction to the game saw him assist to Kipper Nichols at 69-73 with trips to the line by Bennett Koch and Rodney Glasgow tying matters up at 73-73. The Sharks took their first lead of the game on Kipper Nichols trey at 76-75 with 1.22 left to play. Big defensive plays from both sides saw the scoreline unchanged and when Jordan Ratinho put up a block on Hillsman, it appeared the Sharks had taken a memorable one point win with the game clock expired. The officials cut short the celebrations, deeming that 0.6 seconds still remained. From the inbound, Jordan Harris finished aerially to secure a 76-77 win for the Scots.

Kipper Nichols looked destined to have secured a hard-fought win for the Sharks with his three point score but nonetheless finished with 14 points, 8 rebounds and 2 steals. Completing his second double-double of the weekend was Marcus Delpeche. His 14 point, 13 rebound effort also contained 2 assists, a steal and a blocked shot to conclude a solid couple of days for the forward. The eventual MVP was the all-action Jordan Ratinho. The guard / forward had the luxury of nearly four minutes on the bench following his full game on Friday but still led all scorers with 19 points, 5 rebounds, 4 assists and a block in another energetic display that almost secured an unlikely success.

Sharks guard Nate Montgomery spoke of the mental and physical challenges after an intense weekend of hoops. 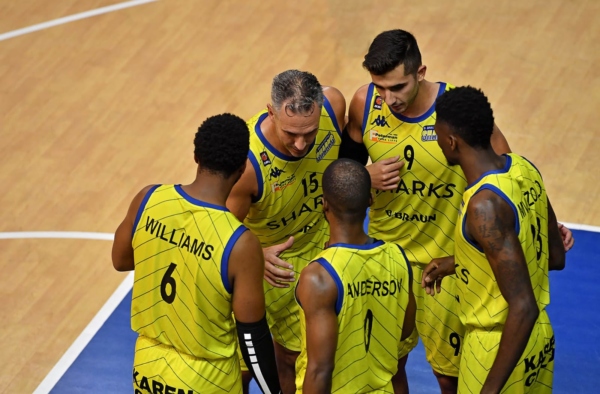