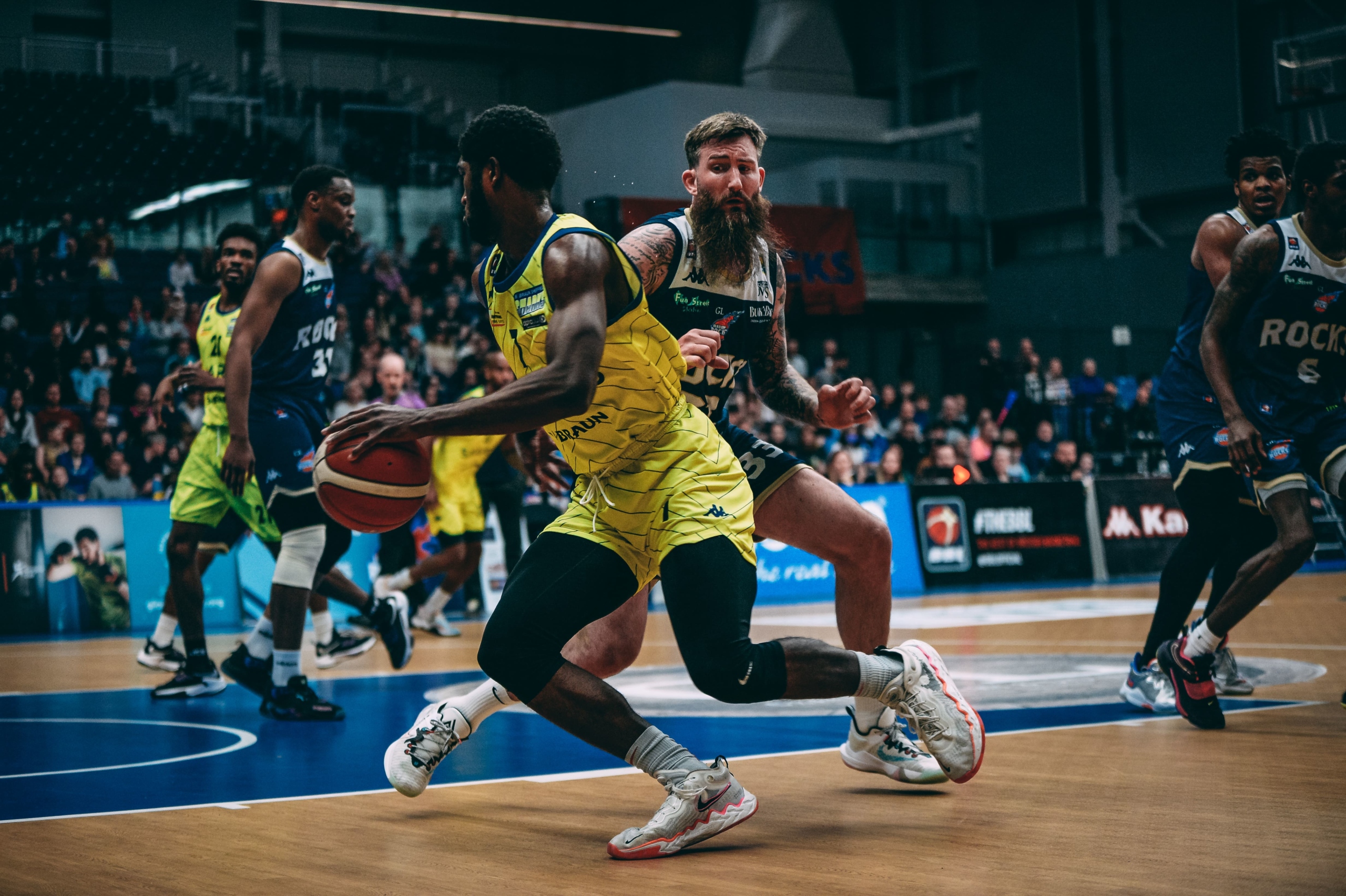 The B. Braun Sheffield Sharks will take a seven point lead into Sunday’s second leg at Ponds Forge after toughing out a 76-83 win on the road at Glasgow Rocks. The Sharks lost point guard Rodney Glasgow Jr to injury late in the second quarter but again team spirit shone through as Devante Wallace (18), Kipper Nichols (17), Bennett Koch (15) and Jordan Ratinho (14) steered the South Yorkshire side to an advantage ahead of Sunday’s televised encounter.

The Sharks raced into a 0-12 lead on Rodney Glasgow’s mid-range jump shot as the Rocks took an early timeout. The Scots replied with a 10-1 run of their own, influential guard Jordan Johnson making the three point shot with the score at 10-13. Fellow free-scorer Jordan Harris pulled Glasgow back to 16-20 but a Marcus Delpeche bucket on Devante Wallace’s direct assist concluded the quarter in the Sharks favour.

The Rocks were jolted into life with a 25-15 second stanza. Wallace put the Sharks ahead by ten with a trey late in the clock at 17-27 but Harris’ one hand dunk and Jaycee Hillsman’s corner three saw the gap narrow at 26-31. A 13-2 spurt saw Glasgow finally take the lead at 34-33 through Hillsman and an injury to Rodney Glasgow Jr saw him leave the game with a minute and twenty left in the half. It took a Bennett Koch drive into the paint to see the Sharks still in touch at half time by 41-37.

The Sharks run continued into the third quarter when Joe Mvuezolo restored the Sharks lead at 43-45. The same player came up with a showreel dunk at 49-55 and three successful trips to the line for Marcus Delpeche saw the Sharks maintain a 54-60 advantage. Late scores for Harris and Jordan Johnson saw the period end with a difference of two at 58-60.

With Rodney Glasgow benched, Kipper Nichols took over the majority of ball handling duties and it was his assist that allowed Joe Mvuezolo to dunk home at 60-63. Jordan Ratinho made only the Sharks third three point score of the evening at 62-70 and the versatile Nichols claimed his own second chance point as that soon became 69-74. Things rather unravelled for the Scots inside the final three minutes. Vance Johnson and Jaycee Hillsman both fouled out of the game and with Glasgow in the bonus, Devante Wallace made his thirteenth free throw of the encounter with the score at 74-81. The Rocks committed an unsportsmanlike foul with 1.5 seconds remaining as Jordan Ratinho nailed the free throws that saw the Sharks take a 76-83 lead into the second leg.

Once again, the resilient Sharks overcame adversity to pull together as a team and take a vital seven point lead into Sunday’s encounter. The supremely fit Jordan Ratinho claimed his second double-double of the season with a hard-working 14 point, 10 rebound display. Bennett Koch was a nuisance in the paint for 15 points, 6 rebounds and 3 assists and Devante Wallace shot 13 of 14 free throw attempts on his way to a team-high 18 points on the night. The MVP was the versatile Kipper Nichols however. Given the ball handling duties in the second half, Nichols paced the Sharks response to a tee to claim 17 points, 7 rebounds, 5 assists, 2 steals and a block in a statline busting effort. 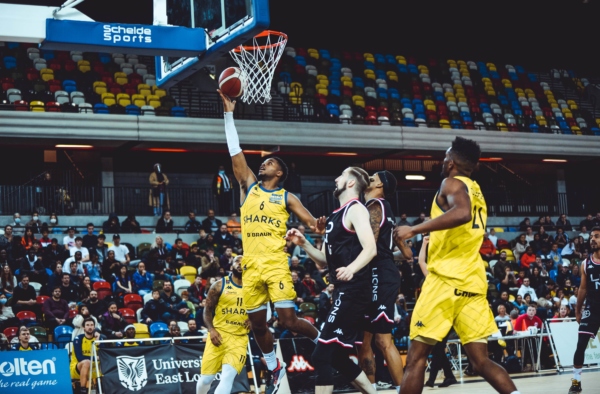 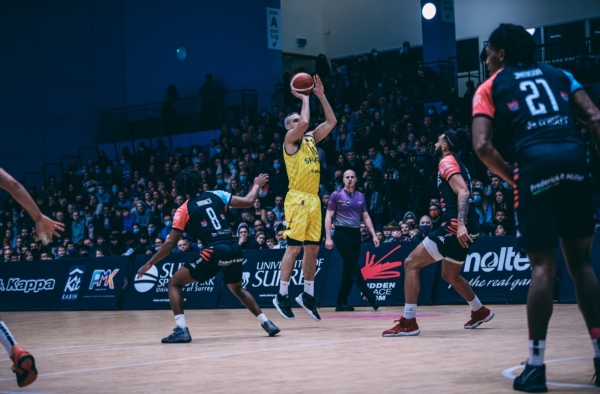 REPORT: Sharks back to winning ways on record-breaking afternoon