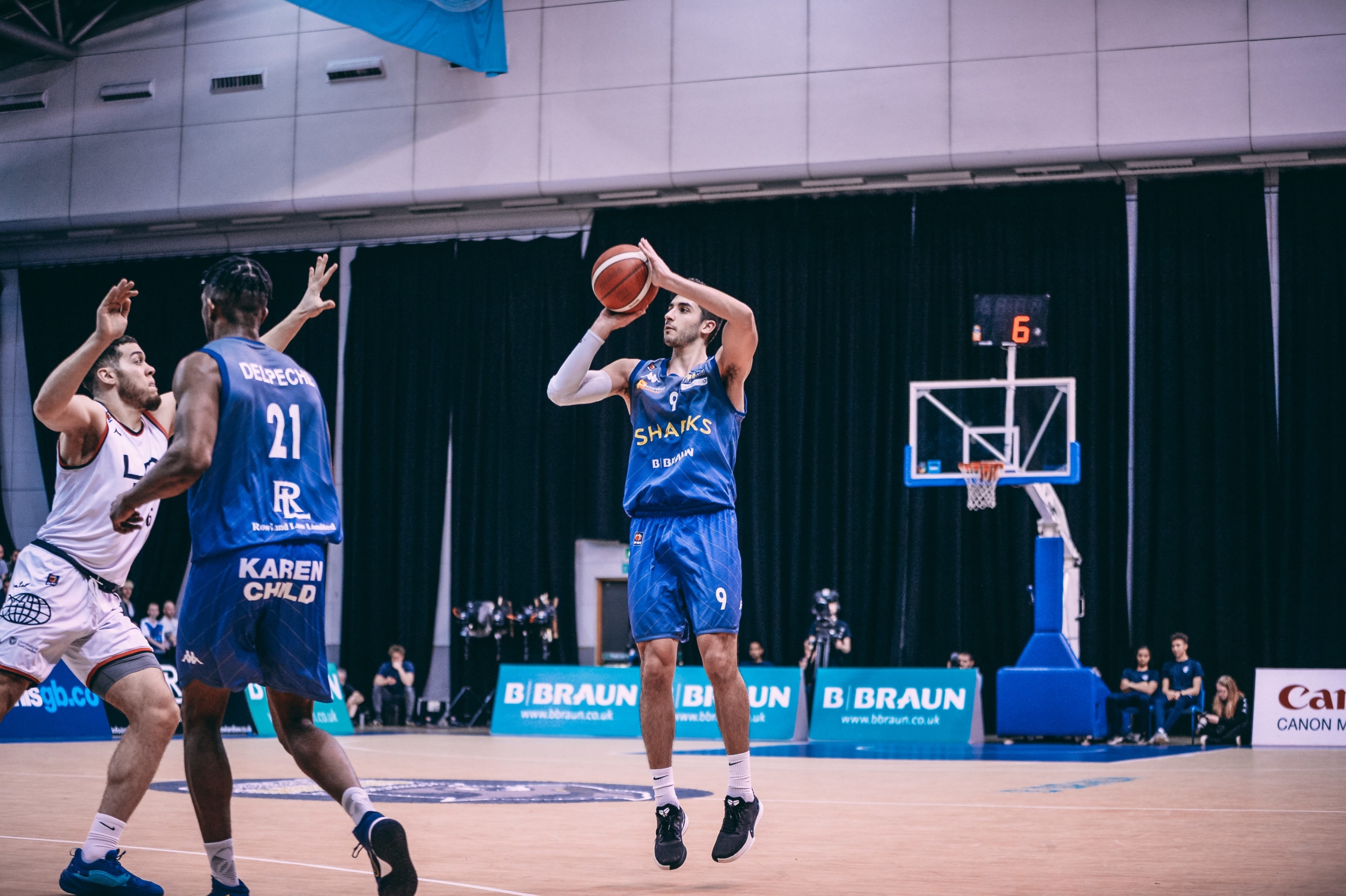 The B. Braun Sheffield Sharks took the head to head over London Lions in an astonishing overtime win in front of the Sky Sports cameras. Foul and injury trouble saw the Sharks running a six man rotation for a large portion of the game and after Jordan Ratinho sent the game into the extra period, the South Yorkshire men dug deep into their reserves to claim a memorable 78-71 success. The win cements the Sharks in second in the BBL table ahead of an Easter Sunday clash with the in-form Glasgow Rocks.

Intense defence has been a feature of recent Sharks successes and the London clash was no different. Threes from Antwain Johnson, Rodney Glasgow Jr and Kipper Nichols saw the Sharks out to a 12-7 lead but Isaiah Reese’s putback kept the Lions to touch at 12-11 by the end of the opening quarter.

That defensive work allowed the Sharks to take a six point half time lead. An 11-0 start to the second period was concluded when Kipper Nichols kissed one off the glass to make it 23-14 but the Sharks headed into the bonus with just short of three minutes left in the half. Julian Washburn drew London to within four at 29-25 from beyond the arc but a drive into the paint and throwdown from Joe Mvuezolo saw the Sharks into the locker room at 35-29 after twenty minutes. London also lost former MVP Justin Robinson to injury on the buzzer to give further food for thought.

The Lions, boasting a raft of talent, were undeterred by the setback and back to back triples from Reese saw them tie up the game at 45-45. A new setback befell the Sharks too. Marcus Delpeche and Mike Tuck both picked up their fourth fouls and Antwain Johnson left the court through injury as Reese ended the third stanza at 51-51.

The two sides could not be separated in the fourth quarter. The energy of the Sharks performance was typified by Joe Mvuezolo, who completed a defensive rejection before going coast to coast to dunk home at 53-53. However, London went on to establish their biggest lead of the game on Kylor Kelley’s alleyoop at 57-61, emphasised minutes later by Bradley Kaboza’s three with the score reading 60-64. A tough Delpeche score was followed by Jordan Ratinho’s putback with 36 seconds remaining. A Kipper Nichols block on Jordan Williams kept the defensive theme running as the game headed to overtime at 64-64.

Ratinho’s three from the top of the key opened up a seven point lead for the Sharks at 71-64. The mercurial Reese made his fourth trey for 24 points on the night but the extra five minutes was all about Jordan Ratinho. He played every minute of the encounter and it was his free throw with 11 seconds remaining that capped an unlikely, hard-earned and astonishing 78-71 success.

Essentially running a six man rotation, it was a super human effort by the Sharks to secure a jaw-dropping win. Rodney Glasgow Jr came close to a triple-double with 12 points, 9 rebounds and 8 assists. Marcus Delpeche did indeed achieve a double-double. He added a season high 14 rebounds to go with 13 points and there was also a season-high points tally for Joe Mvuezolo with 12. The whole team could potentially have been awarded the MVP honours for their titanic effort but the award went Jordan Ratinho’s way. He led the Sharks scoring with 15, including a clutch 8 in overtime, as well as pulling down 9 boards and adding 2 assists and 2 steals to boot.

Atiba Lyons praised the toughness of his side after taking the win in adverse circumstances. 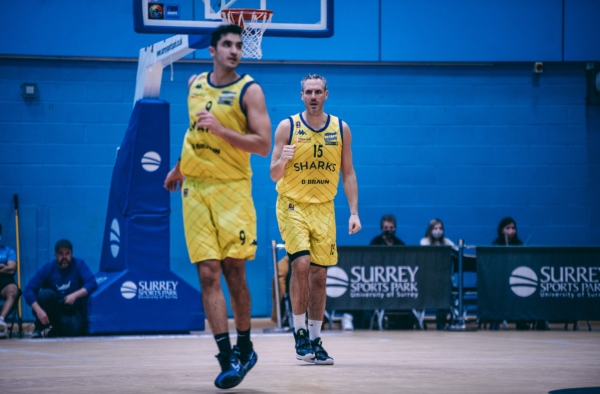 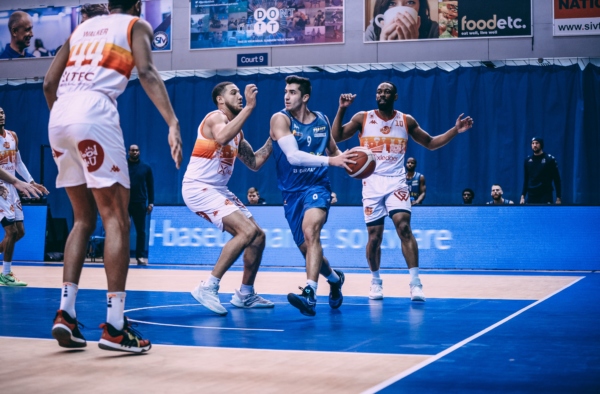 REPORT: Sharks go down by single point in Sky thriller

Friday 21st January 2022 BBL Championship B. Braun Sheffield Sharks 74 Bristol Flyers 75 It will be of scant…