The scene is set, the match-ups are confirmed but first there is one final regular season game to chalk off before the Playoffs begin. On the latest ever date for a league game, the B. Braun Sheffield Sharks welcome Vince Macaulay’s London Lions to Ponds Forge on Friday evening with both sides keen to see who takes the momentum into the final two weeks of what has been a thrilling BBL season.

It is five unbeaten for the Lions, Glasgow being their last victims on Sunday by 73-68. The Lions were without Deandre Liggins, Kevin Ware, Justin Robinson and Chris Tawiah for the Rocks encounter but still took the win on the back of 17 points from former Shark Dirk Williams, 14 from Orlando Parker and 13 by Kingsley Okoroh. It will be interesting to see their approach to the Sharks game – do they keep players fresh for a Playoff tilt? Or do they share the minutes so everyone is on the same page for post season. Whatever the tactic, the Lions ooze talent. Williams needs no introduction to the Sharks, his high scoring reputation cemented with 18.1 per game so far this season. Liggins follows him with 14.6 and shows his NBA pedigree with 5.2 rebounds and 6.8 assists as well as shooting the three at a shade over 40 per cent. The season head to head sits at 1-1 so a ‘badge of honour’ rests on the outcome of the game and with Macaulay and the Lions keen to add to the BBL Trophy they have already won, you can be sure that they will be using the matchup to set their sights on the Playoff title too.

The Sharks have 14 wins and 12 losses all time in the last game of regular season; 7-4 at home and 7-8 away. Although last weekend was split, the Sharks were calculated in their rotations and almost pulled off an unlikely comeback in Plymouth on Sunday. The likes of Oscar Baldwin saw additional court time in both games and was instrumental in achieving a pleasing, solid win over Surrey by 78-86 on Friday. Bennett Koch’s 22 point, 12 rebound double-double demonstrated what he has achieved on his journey throughout the season and similar efforts will be required if the Sharks are to go deep into May Madness. The approach to player rotation should occur once again against the Lions. A fit, healthy Sharks side has all the tools to replicate what happened in 2016. After negotiating the London game, all eyes will be fixed on Newcastle and Tuesday evening. Fear The Fin!

One final regular season game to come before a fortnight of May Madness! To view the Sharks game against the illustrious London Lions, as usual go to the BBL Player (www.bblplayer.co.uk) where you can see the game in full from 6pm.

Look out for our preview in the early part of next week for confirmed dates and times as the Playoffs begin in earnest. It is going to be a terrific climax to one of the most unusual but exciting BBL seasons ever! 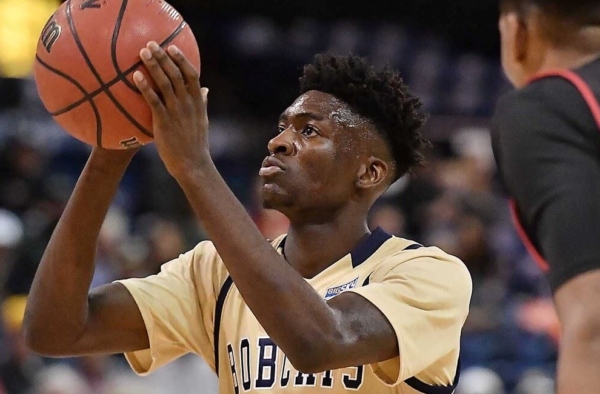 The B. Braun Sheffield Sharks are pleased to announce that their fifth signing of the close season is Joe…