Defence! The Sharks face a pivotal weekend against two of the BBL’s freer scoring teams as the race for the playoffs continues at breakneck speed. The Sharks have not won any of their thirty games this season where the opposition have scored 81 points or more and so need to be acutely aware of both their opponents this weekend. Surrey visit Ponds Forge on Friday evening fresh from a comfortable 87-67 take down of Newcastle Eagles last Sunday and the Sharks travel over the Pennines 48 hours later to challenge old rivals Manchester, who gave Leicester a huge scare before going down narrowly by 87-90.

What to expect – Surrey Scorchers

If the Sharks are successful on Friday evening, Surrey will need to win five of their last seven games, with the Sharks going winless to go ahead of their Yorkshire rivals. The Sharks have a one-nil lead in the series thanks to a 105-61 victory back in December but a lot of water has passed under the bridge since then. Things looked precarious for the Scorchers when former NBA draftee Ryan Richards left for a contract in Tunisia but they have recorded three wins in their last five, passing 90 points three times to boot and of course, recording that huge victory over Newcastle. Veteran skipper Tayo Ogedengbe led the charge against the Eagles with 23 points but there was a remarkable 16 point, 11 assist double-double from Tony Hicks as well as a 16 point, 7 rebound effort from Lacey James. The Scorchers also have the services of outstanding young prospect Cam Hildreth until the end of the season and former Shark Connor Cashaw needs no introduction for his ability to fill the statlines. Surrey Coach Creon Raftopoulos deals in big points on the board so a shootout is on the cards for this one.

What to expect – Manchester Giants

The Giants cannot catch the Sharks if the Sharks beat Surrey and Manchester lose at Newcastle on Friday evening. However, if both these results go against the Sharks, a win at Manchester on Sunday would also see the home side unable to catch their White Rose rivals. The Giants are experiencing a bit of ‘Coach Bounce’ however. Former London City Royals playcaller Lloyd Gardner has been installed at Belle Vue and inspired his charges to give leaders Leicester a huge fright last Sunday. Justin Satchell poured in a monster 36 points on 13 of 16 shooting with a huge 9 boards as an Alex Ouandie three pointer drew the Mancunians to within a solitary point with just 15 seconds to play. Sadly, they were unable to get the win over the line but possess some serious talent in Sam Cassell Jr, Donovan Johnson as well as local product Jordan Whelan, who contributed 18 points in the Riders encounter. The Giants have passed 80 points in four of their last five match-ups so again are not a side to be trifled with.

A pivotal weekend that could go a long way to propelling the Sharks into the playoff reckoning. A difficult few weeks has seen the Sharks take just one win in the last six, albeit with influential playmaker Nicholas Lewis being absent through injury in last Friday’s televised 93-81 loss to London Lions. Jeremy Hemsley continues to lead on the scoring front with 17.8 points per game including a very useful 50% from distance. A key to the recovery would be a return to the solid defensive schemes that have gleaned eleven wins so far. Seven games remain in regular season and a couple of W’s against two of the sides hot in pursuit would go a long way to sealing that place in the end of season dance.

This is one weekend you are not going to want to miss and you can catch all the action on the BBL Player (www.bblplayer.co.uk). We go at 6pm on Friday against Surrey and tip at 5pm on Sunday on the road in Manchester. The guys are giving their all to keep the club’s proud playoff record on track so if you want to send us any messages of support on social media, it would provide a massive boost. As ever, you can follow us on Facebook, Twitter and Instagram and we’ll provide you with the photos, interviews, reports, commentary and videos to supplement your watching experience. It’s a huge weekend and we want you there! It’s time to #FearTheFin!

PREVIEW: Sharks go back to back as the games come thick and fast 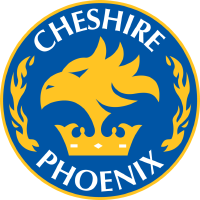 Tickets are now LIVE for next Friday's home opener

It may have only been pre-season, but how fabulous