The B. Braun Sheffield Sharks begin a huge eight game February programme with an important double-header weekend. On Friday, Glasgow Rocks, recent 65-54 winners over the Sharks, are the visitors to Ponds Forge looking to continue their climb up the BBL table. Then on Sunday, the latest instalment of the ‘Roses Derby’ takes place when the Sharks head over the Pennines to tackle a fast-improving Manchester Giants side.

What to expect – Glasgow Rocks

The Sharks have recent experience of the Rocks, going down by 65-54 north of the border three weeks ago. The Rocks have ‘tooled up’ adding Christian Keeling and Ronald Delph to the roster and their influence has already been felt, particularly in their win over the Sharks. That game was a very defensive affair, the Rocks having been burnt by a 32 point haul from Nicholas Lewis in the previous encounter, and that allowed Glasgow’s Boban Jacdonmi to lead their scorers with 18 points. Since that win, the Rocks dipped by 90-58 on the road at Leicester and suffered an 86-93 home loss to fellow strugglers Surrey Scorchers. Glasgow Player Coach Gareth Murray, recently included in the GB squad once more, will have done his homework as diligently as usual and will be looking for a similar display to the one which gained them success back in January.

What to expect – Manchester Giants

Manchester currently have a 5-5 record but have won much admiration for their play so far. They have claimed wins over Bristol, Glasgow, Plymouth, Cheshire and Surrey so far but were defeated in their last two games at Plymouth (97-74) and in the North West derby to Cheshire (70-88). A high scoring quartet lead the way for the Giants. Sam Cassell Jr (14.3 ppg 4.4 apg), Jordan Whelan (14.8 ppg), Lyle Hexom (15.8 ppg 6.9 rpg) and Breaon Brady (15.9 ppg 11.2 rpg) are getting the job done as a solid core for Coach Danny Byrne ably supported by talented Brits in Jack Hudson, David Ulph and Zak Powell. The Giants also went 4-2 in the BBL Cup so are revelling in their switch to the National Basketball Performance Centre and are clearly a force to be reckoned with this season.

It was a heart-wrenching loss for the Sharks in Leicester last Friday but the manner of the performance was much improved. The Riders were arguably the in-form team in the league so to go down by 75-73 on their final offence was a measure of just how far the Sharks had come. The Glasgow game marks the start of eight fixtures in the month of February and it will be important that the whole roster is able to play their part in an exhausting run. Skipper Mike Tuck showed there is life in the old dog with a seasons-best 8 rebounds last week and there was an efficient display from Kipper Nichols to boot. The Sharks will be keen to banish memories of that last Glasgow encounter and the Roses derby is always a big game from the annals of Sharks history. Time to knuckle down and start reversing that 4-5 record to move back up the BBL table.

Eight, yes you read it right, eight huge games of Sharks basketball to come in Fantastic February! Why not consider a £19.99 BBL Player month pass? Every game streamed on the BBL Player (www.bblplayer.co.uk) during this crucial run of February fixtures – and with eight games, it represents great value when compared to the £4.99 single game pass. We tip at 6pm on Friday evening versus Glasgow and 5pm on Sunday against Manchester. Miss it, miss out! 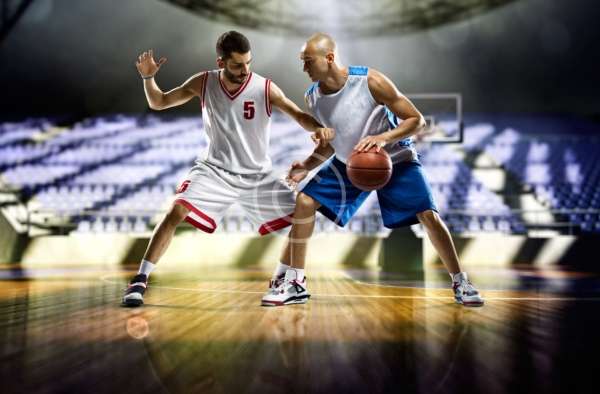 Unfortunately, today's game was abandoned by the match officials at the end of the first quarter due to the…