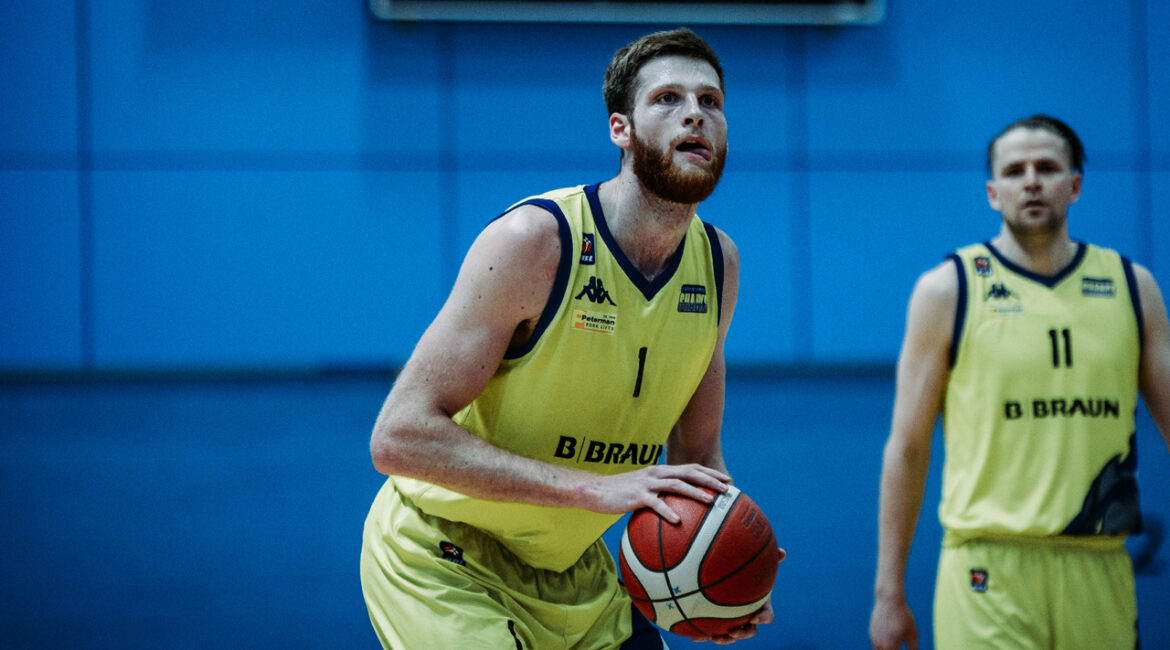 The B. Braun Sheffield Sharks are pleased to announce that their sixth signing of the close season is Oscar Baldwin.

The 22 year old British forward is local to Sheffield coming from Grindleford in Hope Valley and is entering his second season with the Sharks.

Baldwin began his basketball career at the Juniors Sharks U18s and then spent two seasons playing for Hallam University in the BUCS basketball league under former Sharks assistant Ariel Parrucci.

Sharks Head Coach Atiba Lyons is happy about the signing,

‘It’s great to have Oscar back on board. This past season was a huge step in his development, and we will look to continue to nurture and grow that going into year 2. With his size, athleticism, and ability to knock down the outside shot, he has all the tools it takes to become a productive player in this league.’

The Sharks opening their BBL Cup season versus Cheshire Phoenix on Friday 24th September at Ponds Forge International Sports Centre but first a preseason home match against the Leicester Riders on 17th September please contact the Sharks office for tickets.

Sharks oh so close in All Stars final

The B. Braun Sharks continued to gain plaudits in this fledgling basketball season with the runners-up spot in the…
News June 15, 2018

Return of Alexander the Great