After the thrills and spills of the unique event that is the All Stars Championship, the Sharks return to the bread and butter of the BBL with the visit of the Glasgow Rocks to the EIS. The changes have been rung. Leslee Smith, signed just prior to the London event, will be making his competitive debut after two solid seasons with Bristol Flyers. There will be a change in the backcourt as well following the departure of Rene Castro-Caneddy; Anthony Collins coming in to fill the role.

The Rocks currently sit in tenth in the BBL standings with a 1-4 record. Their last competitive outings saw double defeat down in the South West to Bristol (85-83) and Plymouth (87-83). Bouna Ndiaye led the way in Plymouth with 22 points and averages 14.6 so far for the season. Ndiaye was also effective against Bristol with 15, matched by guard Greg Pryor, who began to find confidence at the All Stars event. The Rocks of course also have Great Britain trio, Kieron Achara, Gareth Murray and Ally Fraser and while they haven’t yet been firing on all cylinders, their potential to break out is poised at any moment.

The Sharks put up a useful display to defeat defending BBL Champions Leicester Riders in their first game at All Stars before going down to Newcastle and the Riders once again. The short format is of course a million miles away from regulation play and the focus returns to a solid forty minutes on Friday. Making their home debuts will be Leslee Smith and Anthony Collins. Smith adds weight to the front court and is well-known from his extremely consistent displays for Bristol Flyers over the last two seasons. Collins has experience of Champions League and Europe Cup with Karpos Sokoli in Macedonia last season and played out his senior year at Texas A&M. Sharks fans will undoubtedly remember the last point guard at the club who played for the Aggies – the legendary BJ Holmes! A warm welcome awaits Leslee and Anthony on Friday.

It’s time to make some noise in the Tank this Friday! Firstly, a big SharkNation welcome is needed for our new signings, Leslee Smith and Anthony Collins. Secondly, the Rocks looked to be getting into their stride during the All Stars tournament so we need our ‘sixth man’ in fine voice! Make sure you get down to the premier sporting event happening in Sheffield on Friday evening and give the guys your support. 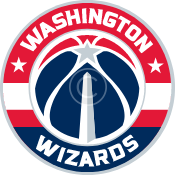 Statement from the BBL

Following the latest measures to combat Covid-19 as directed by the Government, the British Basketball League (BBL) has agreed…
News December 12, 2018