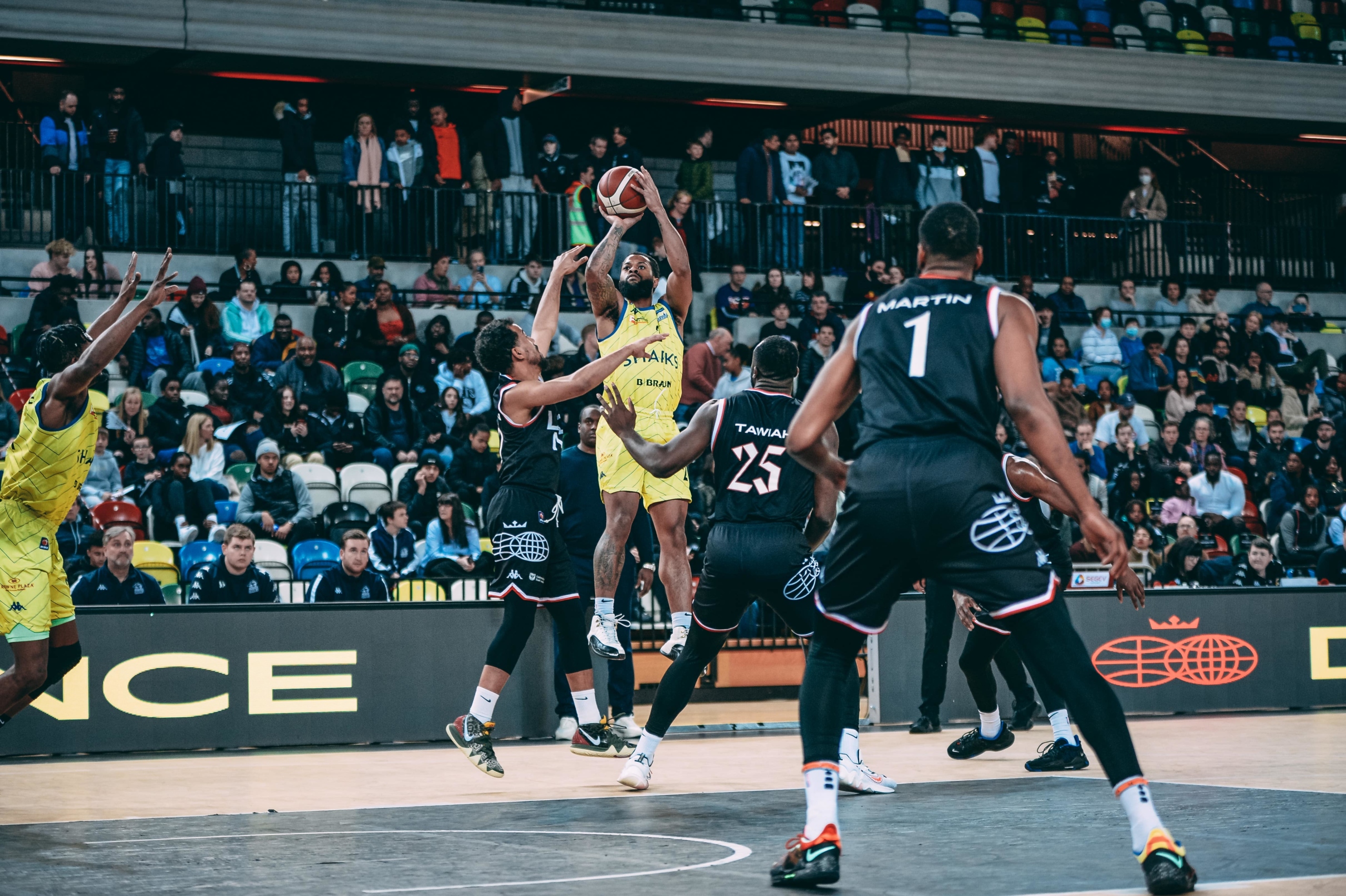 The B. Braun Sheffield Sharks split their first weekend of a mammoth April run with defeat in a defensive battle on the road in London. The Lions confirmed their fourth straight win on the back of a 21-12 final quarter despite Sharks’ offensive talisman Antwain Johnson weighing in with 17 points. The Sharks now drop to fourth place in the BBL table with a 12-9 record.

The defensive tone was set at the start of the game in a very low scoring opening quarter. Jordan Ratinho opened the Sharks account with a three inside the first minute and a trademark stop and pop shot from Rodney Glasgow Jr saw the visitors keep a single point lead at 8-9 with 4 minutes to go. Isaiah Reese, absent in the Sharks road win three weeks earlier, put London in front at 11-9 from beyond the arc but an Antwain Johnson jump shot saw the opening ten minutes end at 11-11.

The Sharks exploded into the second period with back to back triples from Johnson and Joe Mvuezolo. Johnson drove into the paint midway through the quarter to make it 13-21 but out of the timeout, Reese with 7 points and Lorenzo Cugini with 5 saw London back into the lead at 25-22. Inside the final thirty seconds, Kipper Nichols made a tough hook shot over Julian Washburn and the towering Kylor Kelley but another Reese basket saw the half end with London narrowly in front at 31-27.

There was still little between the two sides until the middle of the third stanza. Kipper Nichols drive closed the gap at 33-31 but back to back treys from London snipers Reese and Cugini saw them out to an eight point lead. Antwain Johnson and Devante Wallace showed that the Sharks liked the three ball too and despite Reese hitting a huge triple, an ‘and one’ play from Johnson allied with a London shot clock violation saw the game still in the balance at 48-42 with ten minutes to play.

A 7-0 run at the top of the fourth quarter saw London out to a thirteen point lead at 55-42. Jordan Ratinho made the Sharks first field goal of the period with just under five minutes remaining and increased efforts on the defensive end saw the Lions much harder to break down. An Isaiah Reese corner three took him to 25 for the evening and despite a pair of late Johnson free throws, it was London who claimed a 69-54 win.

In a game where only four players made double figure scoring, it was the Sharks Antwain Johnson who looked the man most likely to push London all the way. He made his 17 points on 6 of 9 shooting with a rebound and an assist to boot but couldn’t steer his side to a second win of the weekend. 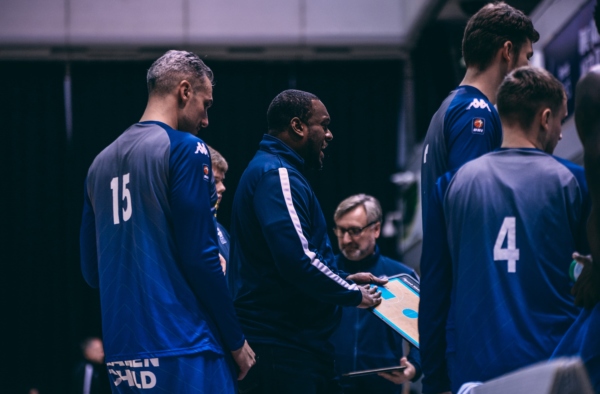 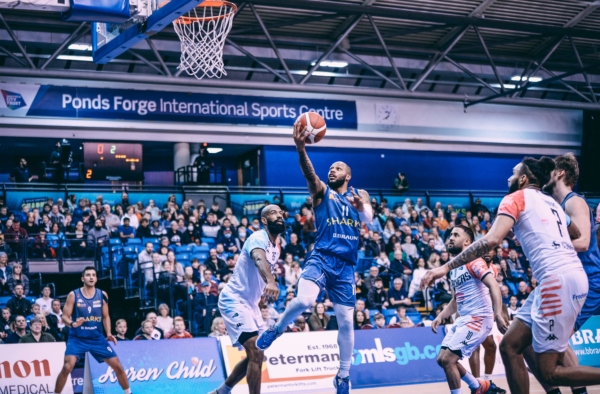