The B. Braun Sheffield Sharks relentless schedule continues with an unfamiliar midweek outing on the road at Worcester Wolves. The Sharks, double winners over the weekend, face a Wolves side that split a series with Leicester last time out with aggregate scores of 165-164! Clearly a team in form, a humdinger of an encounter awaits on Wednesday evening.

Worcester Playcaller Matt Newby, who developed his excellent coaching reputation in Yorkshire of course, is getting all the right pieces in place to develop that momentum that his side needs. Last weekend was a case in point. They lost in heartbreaking fashion on Friday evening, going down by 82-81 on the road at Leicester having looked good for the win at one stage. Lamarr Kimble claimed 24 points in that defeat, supported by Brandon Anderson (15) and Jordan Williams (13). They righted the wrong back on home territory though, claiming an 84-82 win over the same team in overtime. This time, Anderson led the way with 21, although again Kimble weighed in with 17 backed up by Mike Parks Jr (15) and Jordan Williams (14). Always influential for the Wolves is their captain, point guard Maarten Bouwknecht, who is currently recording 12.5 ppg and 4.9 apg this season in the Championship. Currently in eighth place with a 6-9 record, at this point you might argue the table tells a lie as Worcester are an in-form team, marshalled by one of the most highly-rated British coaches and a terrific game awaits on Wednesday evening.

The Sharks return to the University of Worcester Arena for the first time since the game that curtailed the previous campaign and do so on the back of a maximum points weekend. The Manchester win on Friday was a little too close for comfort but the Sharks were in irresistible form on Sunday to take down the illustrious roster of the London Lions. Highly focused defence was married with another team scoring effort as the Sharks were full value for their 83-72 triumph over the Lions. Indeed the margin might have been even greater had the Sharks not given up 9 points from the free throw line. There is always room for improvement and with 13 games to go in regular season, Coach Lyons will be keen to see that his side take care of the little things to allow the momentum to grow. It is evident that there is much more to come from the Sharks of 2020-21!

Free basketball! Why not give yourself a ‘hump day’ treat and head over to the Worcester Wolves YouTube channel (Worcester Wolves – YouTube) where you can watch your B. Braun Sheffield Sharks take on the Wolves live and for free! The Wolves had two thrillers against Leicester last weekend and of course the Sharks were scintillating against London on Sunday so another top class game awaits. Join the watch party, SharkNation!

Leading healthcare firm B. Braun Medical Ltd has been unveiled as the new naming rights partner for the Sheffield… 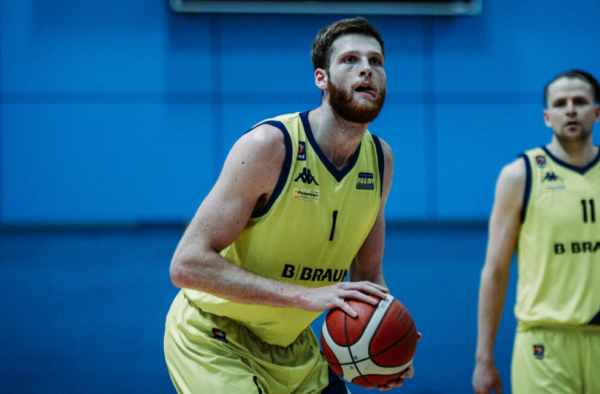